DTU Student Awarded a 2019 Am Cham “Women in Engineering” Scholarship

Doan Thi Thu Ha, a fourth-year DTU student of Electrical Engineering, succeeded in reaching the final round and will be awarded a 2019 AmCham “Women in Engineering” scholarship on June 21, together with nine other female students from Danang. The awards are worth 8 million dong each. 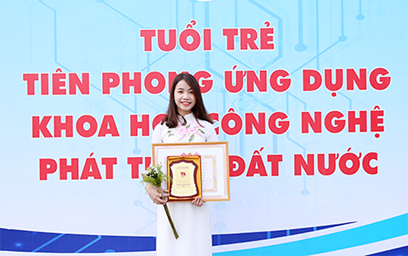 Doan Thi Thu Ha
The AmCham Women in Engineering scholarships are awarded by AmCham, Intel, Coca-Cola and Axcela Vietnam to help and encourage female students to pursue studies and careers in Engineering, because the number of female engineers is very low. 315 scholarships worth 2.5 billion dong in total have been awarded so far. In addition, the female students learn directly from the companies and all about employment opportunities in the technology sector.
Ms. Thu Ha has an excellent academic record and has won several prizes already, including the 2018 national Championship of the “Go Green in the City” contest in 2018, second prize in the 2018 Go Green East Asia finals, the “Women in Business” award, a top-twenty position in the 2018 Exemplary Female Students in Science and Technology, first prize in the 2016 DTU Social Venture Plan competition, a DTU research first prize in 2016 and a second in 2017, a city-level Five-Virtue Student Award in 2018, Exemplary DTU student in 2018, third prize in the 2017 national Student Research Contest, third prize in the 2017 Danang Student Research Contest and  second prize in the 2018 DTU Startup contest. 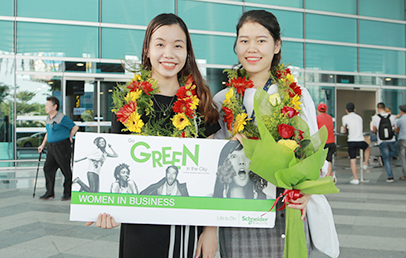 Doan Thi Thu Ha (left) with her companions receiving the Women in Business Award
With such a remarkable series of achievements, Ha was quite confident she would win an AmCham scholarship. “However, when I found out that 171 students from central and south Vietnamese universities were competing, from the HCMC University of Technology, the International University and RMIT University, I realized it’s always possible to be beaten. So I then reminded myself not to be overly subjective and to practice thoroughly for the interview,” Thu Ha explained. “When I heard I’d received a scholarship, I was happy and proud.
The AmCham scholarship provides financial support and encourages me to study even harder. I’d like to thank DTU and all my lecturers, who provided me with the ideal conditions for me to steadily realize my dream, culminating in today’s result. My successes will open a great many doors for me on graduation and will remain as unforgettable memories whenever I look back on my student days.”
After the awards ceremony, the students visited the Coca-Cola plant in Danang.
(Media Center) 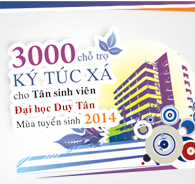 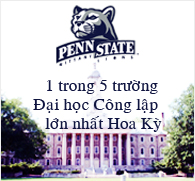 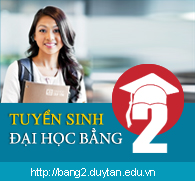